After a year both challenging and rewarding, STATWORX has taken the opportunity of the calm before the Year-End to retreat from the office for a few days.

A remote area in the Belgian countryside was chosen as the location for the weekend getaway, where the team would spend a couple of days reflecting on the events of the past year, gearing up for the challenges of the new one and engaging in various workshops and team-building activities.

We kicked off our weekend retreat by meeting up with our dedicated bus driver Taki, who would accompany us on our way. After a quick team photo in front of the bus STATWORX was ready for boarding and we were off on our merry way to Belgium.

Upon arriving we were impressed by the nicely decorated common room and the expansive wellness area, which would make the retreat that much more relaxing. Hungry from travelling, everyone’s faces lit up once a big delivery of pizzas from a local restaurant was brought to our doorsteps. We spent the first evening settling in, relaxing and making extensive use of the pool table over local Belgian beer. 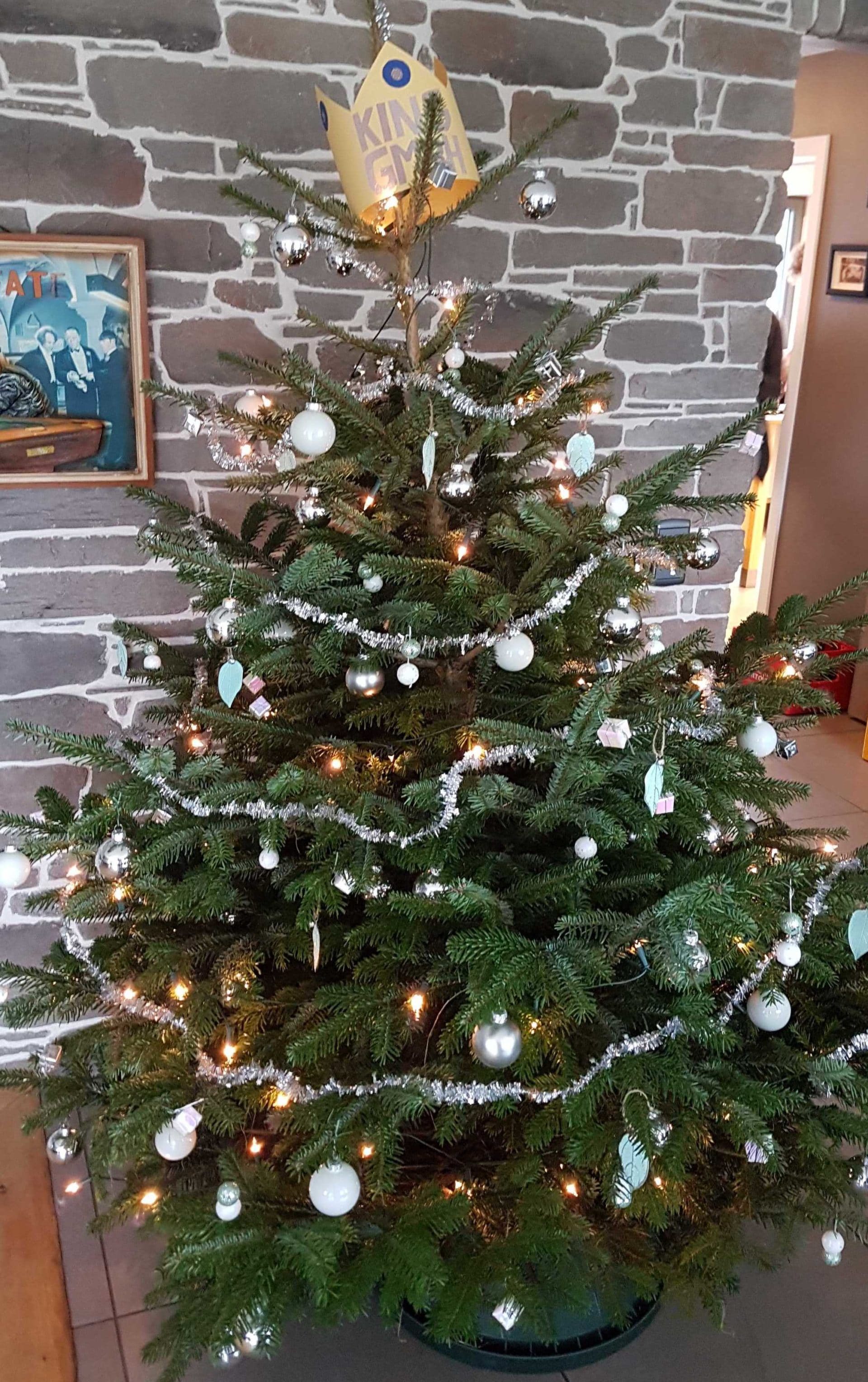 Saturday was dedicated to workshops and group activities. Among others this included a surprisingly exhausting introduction to Yoga, extended walks and exploration of the surrounding area, baking Christmas snacks and dessert, an in-depth demonstration of Swiss 4pm-snack culture and of course constant discussion about R, its community and our very own helfRlein package of helper functions. As expected this would prompt the Python faction within the Data Science team to quickly interject and claim superiority over R and its packages, mocking the fact that we need to create our own for daily routine operations. The good mood continued over the warm hissing of Raclette-grills running overtime. 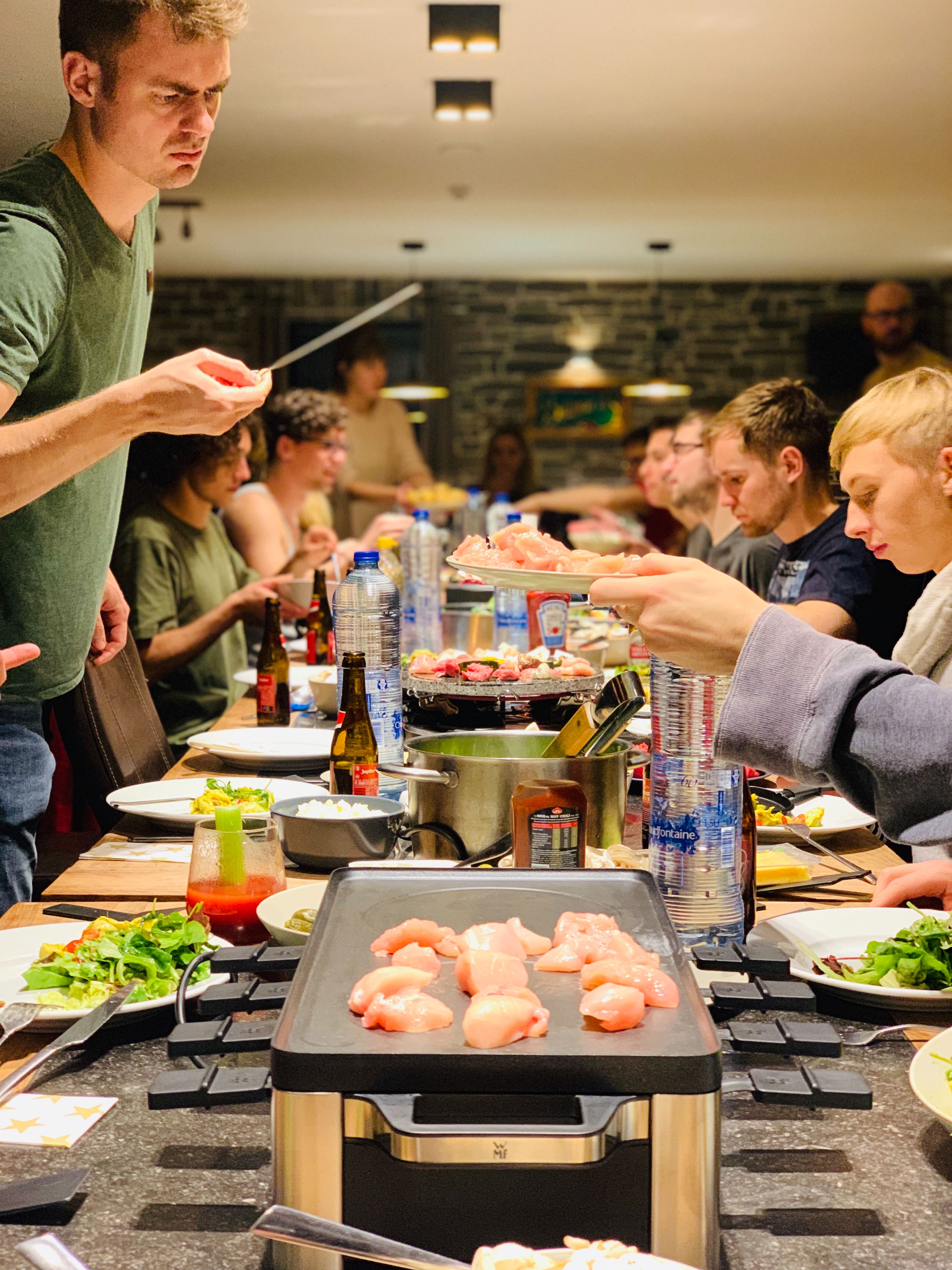 The evening also brought on the first snow of the year, which made for an excellent excuse to escape the cold and watch the snowfall from the safety of the heated pool area. Others made use of the common room and played various card games and a variation of the popular Mafia role-playing game which let emotions run high.

There was no time to be lost on Sunday morning. After a rich final breakfast, everyone started packing their belongings and before long we were already on our way back to Frankfurt. The landscape had been covered by the previous night’s snow, which made for a scenic ride back. 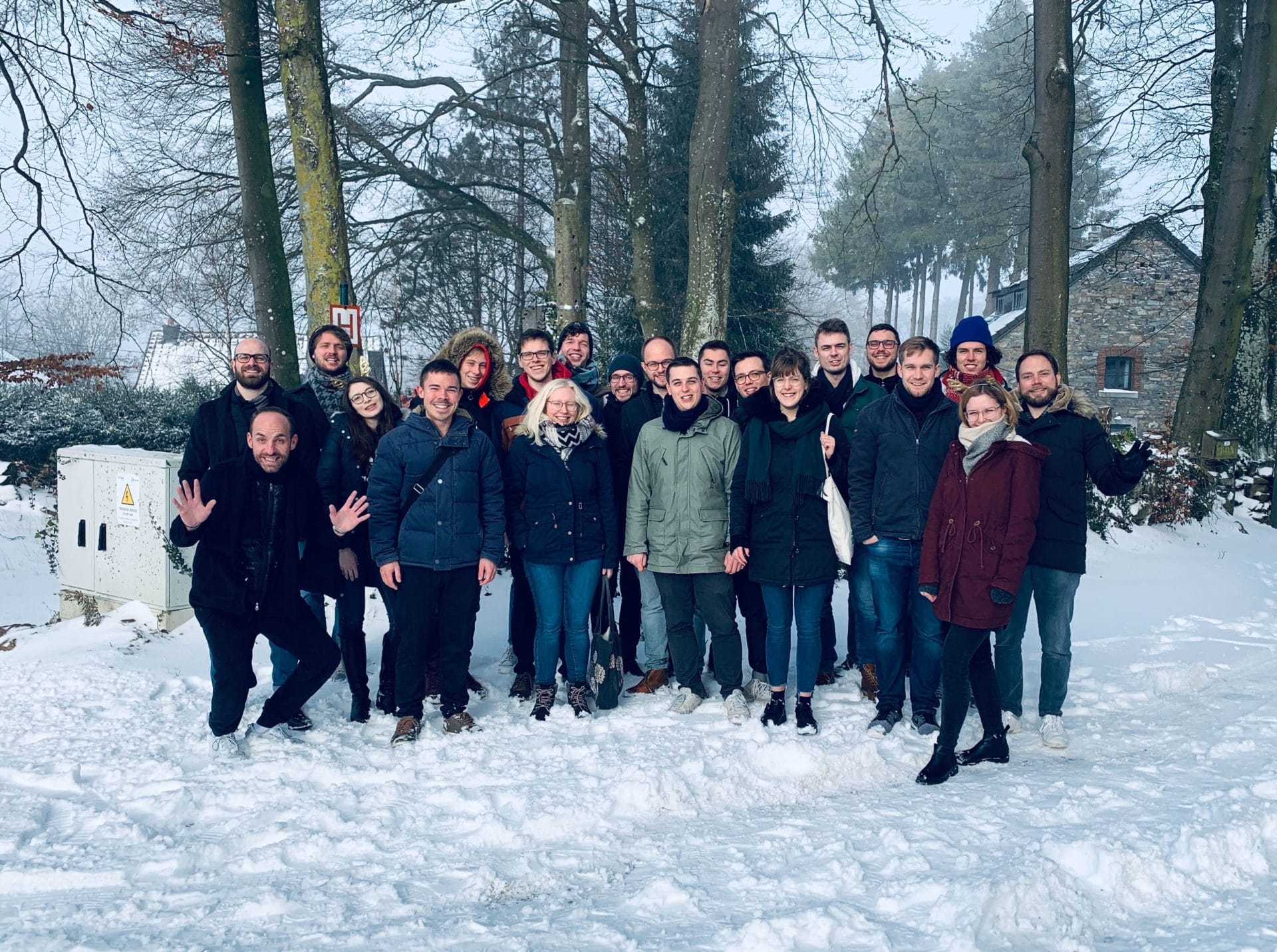 This weekend getaway was a great way of ending an exciting year at STATWORX on a high note. We had the opportunity to look back on many interesting projects and give a toast on many more to come. The weekend also provided a great opportunity for members of the Team Data Science and the Team Statistics to mix it up a little and get more familiar with each other, which is not a given during the daily project routine. Furthermore, it was one of the rare occasions where members of all the three STATWORX teams, namely the teams from Frankfurt, Zurich and Vienna, got together and could share their experiences and know-how amongst each other.