In April 2022, the first edition of the Unfold event took place in the Bierhübeli in Bern, which was brought to life by our partner Cleverclip – and of course, we from statworx were there as well. The event’s motto was “Out of your own industry, into the unknown: Together, we’ll take new angles and broaden our horizons.”

An afternoon full of keynotes on future-oriented topics, networking sessions, and much more was on the agenda! We also actively participated in the event: Our colleague Livia Eichenberger gave (with a little state-of-the-art help 👀) a keynote on Bias in AI. As sponsors of the event, we also had a booth on site. What struck me immediately upon entering the event hall at the Bierhübeli was the incredible atmosphere and the diverse, mixed audience. The stage was set!

At the heart of the event were the keynotes on topics so diverse I can’t even summarize them here. Thus, let me dive straight into sharing my insights from the talks with you:

“Calling yourself sustainable as a company has exactly the opposite effect on customers.” Prof. Dr. Andreas Hack explored this statement in his keynote on sustainability. His key messages were: 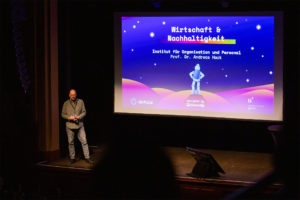 “We come into contact with AI every day – we just don’t realize it most of the time.” That was the teaser of our colleague Livia’s keynote. But her keynote went even further, highlighting the risks inherent in the application of AI technologies. Unfortunately, Livia could not attend Unfold in person and deliver her keynote. But she found a virtual helper without further ado, the AI avatar Rosa. 🦾🤖 So the message of the keynote could still be delivered in the Bierhübeli. Particular takeaways include the following:

Alan Frei’s philosophy is, “To build a company, you need one thing in the beginning: nothing!” With this motto in mind, Alan took people on his journey as an entrepreneur, giving us his 10 takeaways for launching a startup, including: 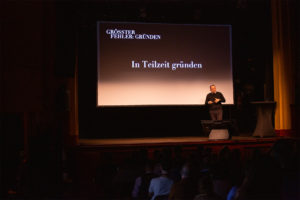 “Switzerland can become a pioneer in environmental and climate protection with a high level of innovation and openness.” Jürg Grossen is sure of that. What we need to do for this: 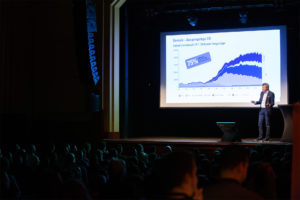 For Nicholas Hänny, founder of Nikin, one thing is certain: “It’s not about the idea, it’s about the implementation.” Specifically, Nicholas is talking about marketing and branding here. My takeaways from his humor-laced keynote were:

After the talks and a subsequent very active networking session, the action shifted to the newly “jungle-look” Cleverclip Office in the heart of Bern. We spent the evening with a beer or two, wonderful people, and a relaxed atmosphere.

Unfold goes into the second round in 2023

Curious now? Cleverclip has already announced the date for the follow-up event of Unfold. On March 30, 2023, Unfold will take place again at Bierhübeli in Bern. You can find all the info on the website: https://unfold-event.ch/

We would like to thank Ceverclip again for the excellent organization. See you next year! Stephan Müller