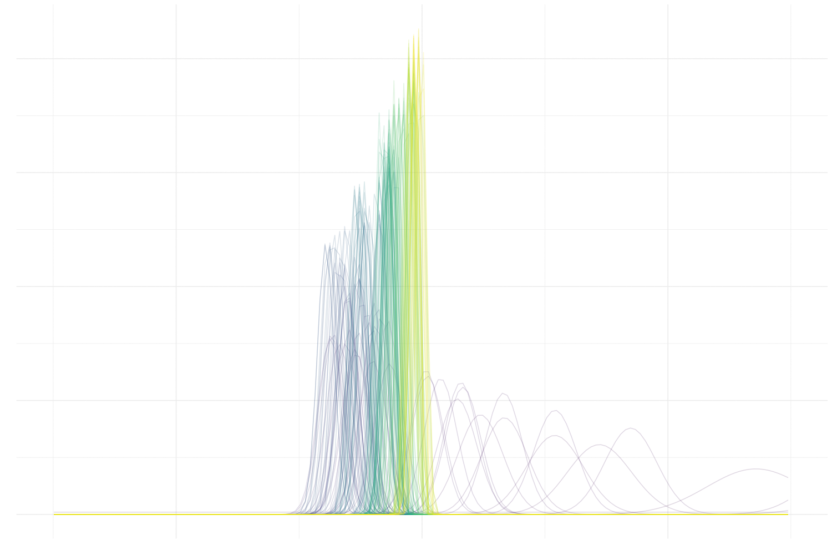 Sometimes here at STATWORX, we have impromptu discussions about statistical methods. In one such discussion, one of my colleagues decided to declare (albeit jokingly) Bayesian statistics unnecessary. That made me ask myself: Why would I ever use Bayesian models in the context of a standard regression problem? Existing approaches such as Ridge Regression are just as good, if not better. However, the Bayesian approach has the advantage that it lets you regularize your model to prevent overfitting and meaningfully interpret the regularization parameters. Contrary to the usual way of looking at ridge regression, the regularization parameters are no longer abstract numbers but can be interpreted through the Bayesian paradigm as derived from prior beliefs. In this post, I’ll show you the formal similarity between a generalized ridge estimator and the Bayesian equivalent.

To understand the Bayesian regression estimator, a minimal amount of knowledge about Bayesian statistics is necessary, so here’s what you need to know (if you don’t already): In Bayesian statistics, we think about model parameters (i.e., regression coefficients) probabilistically. In other words, the data given to us is fixed, and the parameters are considered random. That runs counter to the standard frequentist perspective in which the underlying model parameters are treated as fixed. At the same time, the data are considered random realizations of the stochastic process driven by those fixed model parameters. The end goal of Bayesian analysis is to find the posterior distribution, which you may remember from Bayes Rule:

is our likelihood and

is a normalizing constant,

is our prior which does not depend on the data,

is set to 1 (an improper reference prior) so that when the posterior ‚probability‘ is maximized, really just the likelihood is maximized because it’s the only part that still depends on

. However, in Bayesian statistics, we use an actual probability distribution in place of

, a Normal distribution, for example. So let’s consider the case of a regression problem, and we’ll assume that our target,

, and our prior follow normal distributions. That leads us to conjugate Bayesian analysis, in which we can neatly write down an equation for the posterior distribution. In many cases, this is not possible, and for this reason, Markov Chain Monte Carlo methods were invented to sample from the posterior – taking a frequentist approach, ironically.

We’ll make the usual assumption about the data:

. This gives us our standard likelihood for the Normal distribution. Now we can specify the prior for the parameter we’re trying to estimate,

. If we choose a Normal prior (conditional on the variance,

) for the vector or weights in

is Normally distributed with mean

Let’s look at it piece by piece:

What we can see from the equation is that the mean of our posterior is a precision weighted average of our prior mean (information not based on data) and the OLS estimator (based solely on the data). The second term in parentheses indicates that we are taking the uncertainty weighted prior mean,

, and adding it to the weighted OLS estimator,

. Imagine for a moment that

That would mean that we are infinitely uncertain about our prior beliefs that the mean vector of our prior distribution would vanish, contributing nothing to our posterior! Likewise, if our uncertainty decreases (and the precision thus increases), the prior mean,

, would contribute more to the posterior mean.

A standard tool used in many regression problems, the standard Ridge estimator is derived by solving a least-squares problem from the following loss function:

While minimizing this gives us the standard Ridge estimator you have probably seen in textbooks on the subject, there’s a slightly more general version of this loss function:

Let’s derive the estimator by first re-writing the loss function in terms of matrices:

Differentiating with respect to the parameter vector, we end up with this expression for the gradient:

we get this expression for the generalized ridge estimator:

The standard Ridge estimator can be recovered by setting

as an abstract parameter that regulates the penalty size and

as a vector of values (one for each predictor) that increases the loss the further these coefficients deviate from these values. When

the coefficients are pulled towards zero.

Let’s take a look at how the estimator behaves when the parameters,

change. We’ll define a meaningful ‚prior‘ for our example and then vary the penalty parameter. As an example, we’ll use the diamonds dataset from the ggplot2 package and model the price as a linear function of the number of carats, in each diamond, the depth, table, x, y and z attributes

penalizes deviations from our

, which means that larger values for the penalty pull the coefficients towards

. You might be asking yourself how this compares to the Bayesian estimator. Let’s find out!

Comparing the Ridge and Bayesian Estimator

This form makes the analogy much clearer:

That’s all well and good, but let’s see how changing the uncertainty in the Bayesian case compares to the behavior of the ridge estimator. Using the same data and the same model specification as above, we’ll set the covariance matrix

and then change lambda. Remember, smaller values of

now imply a more significant contribution of the prior (less uncertainty), and therefore increasing them makes the prior less important.

Lastly, we’ll compare the predictive performance of the two models. Although we could treat the parameters in the model as hyperparameters, which we would need to tune, this would defy the purpose of using prior knowledge. Instead, let’s choose a previous specification for both models, and then compare the performance on a holdout set (30% of the data). While we can use the simple

as our predictor for the Ridge model, the Bayesian model provides us with a full posterior predictive distribution, which we can sample from to get model predictions. To estimate the model I used the brmspackage.

Overall, both models perform similarly, although some error metrics slightly favor one model over the other. Judging by these errors, we could certainly improve our models by specifying a more appropriate probability distribution for our target variable. After all, prices can not be negative, yet our models can and do produce negative predictions.

In this post, I’ve shown you how the ridge estimator compares to the Bayesian conjugate linear model. Now you understand the connection between the two models and how a Bayesian approach can provide a more readily interpretable way of regularizing your model. Normally

would be considered a penalty size, but now it can be interpreted as a measure of prior uncertainty. Similarly, the parameter vector

can be seen as a vector of prior means for our model parameters in the extended ridge model. As far as the Bayesian approach goes, we also can use prior distributions to implement expert knowledge in your estimation process. This regularizes your model and allows for incorporation of external information in your model. If you are interested in the code, check it out at our GitHub page!

I am a data scientist at STATWORX. The most interesting thing about data science is to find performative and explainable solutions to new problems.