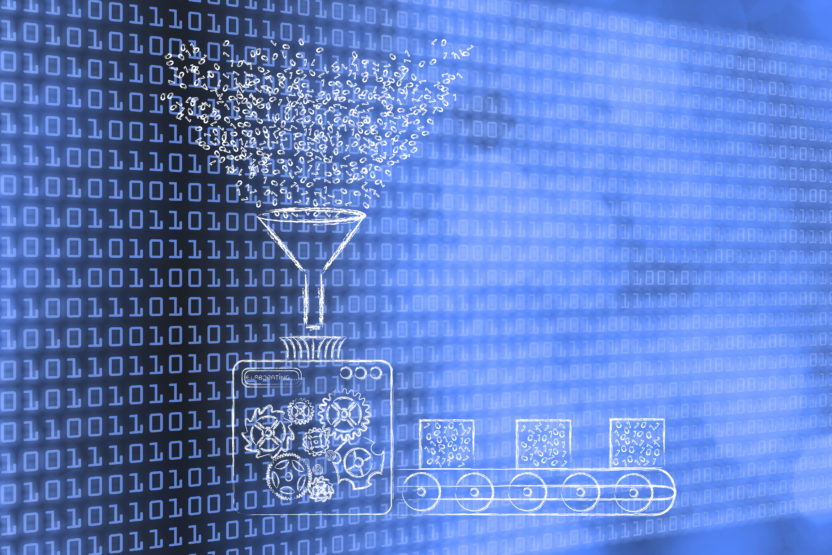 In this blog we will explore the Bagging algorithm and a computational more efficient variant thereof, Subagging. With minor modifications these algorithms are also known as Random Forest and are widely applied here at STATWORX, in industry and academia.

Almost all statistical prediction and learning problems encounter a bias-variance tradeoff. This is particularly pronounce for so-called unstable predictors. While yielding low biased estimates due to flexible adaption to the data, those kind of predictors react very sensitive to small changes in the underlying dataset and have hence high variance. A common example are Regression Tree predictors.

Bagging bypasses this tradeoff by reducing the variance of the unstable predictor, while leaving its bias mostly unaffected.

OK – so let us take a glimpse into the construction phase: We draw in total

different bootstrap samples simultaneously from the original data. Then to each of those samples a tree is fitted and the (in-sample) fitted values are averaged in Step 3 yielding the Bagged predictor.

The variance-reduction happens in Step 3. To see this, consider the following toy example.

be i.i.d. random variables with

We observe that indeed the variance of the mean is weakly smaller than for the individual random variables while the sample mean is unbiased.

It is widely discussed in the literature why Bagging works and it remains an open research question. Bühlmann and Yu (2002) propose a subsampling variant of Bagging, called Subagging, which is more traceable from a theoretical point of view.

In particular, Bühlmann and Yu (2002) replace the bootstrap procedure of Bagging by subsampling without replacement. Essentially, we are only changing Step 1 of our Bagging algorithm by randomly drawing

times without replacement from our original data with

and get hence a subset of size

. With this variant at hand, it is possible to state upper bounds for the variance and mean squared error of the predictor given an appropriate choice of the subsample size

As the theory is a little bit cumbersome and involves knowledge in real analysis, we simulate the main findings of Bühlmann and Yu (2002).

In order to do this, we consider the following model

is the regression function,

is the design matrix generated from a uniform distribution and

is the error term (

For the true data-generating process (DGP), we consider the following model which is quite frequently used in the machine learning literature and termed „Friedman #1“-model:

-th column of the design matrix

As you can see, this model is highly non-linear – Regression Tree models shall therefore be appropriate to approximate our DGP.

To evaluate the prediction performance of Bagging and Subagging predictors we conduct a Monte Carlo simulation in Python.

We first import the relevant packages.

The module simulation_class is a user-specified class that we will not discuss in this blog post but in a subsequent one.

Further, we specify the simulation set-up:

Below we will explain in more detail for what we need the grid specification.

To store our simulation results we set up containers.

With this initialization at hand, we generate the test and train data by the simulation_class module.

from the original data. Indeed, for the subsample fraction

we have already specified the grid above by the variable grid_range .

On my GitHub-Account you can find additional code which also calculates the simulated bias and variance for the fully grown tree and the Bagged tree.

The results of our above simulation can be found in Figure 1.

Let us first compare the performance in terms of MSPE of the Regression Tree and the Bagged predictor. Table 1 shows us that Bagging drastically reduces the MSPE by decreasing the variance while almost not affecting the bias. (Recall – the mean squared prediction error is just the sum of the squared bias of the estimate, variance of the estimate and the variance of the error term (not reported).)

for the Bagged and Subagged predictor (our above code). Together with Figure 1 and Table 1, we make several observations: 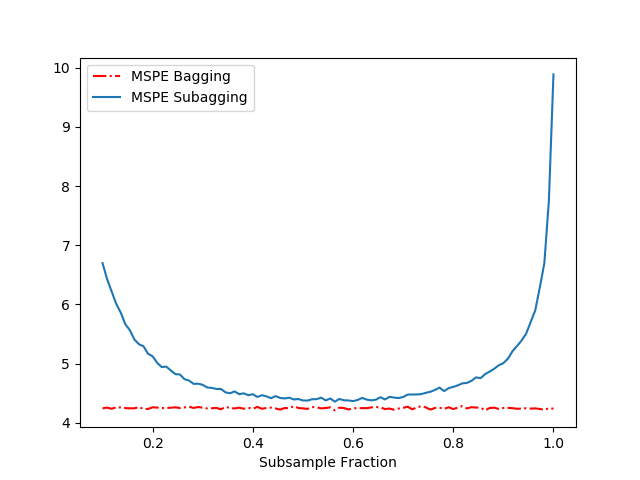 I am a working student at STATWORX and currently writing my Master thesis about componentwise boosting.