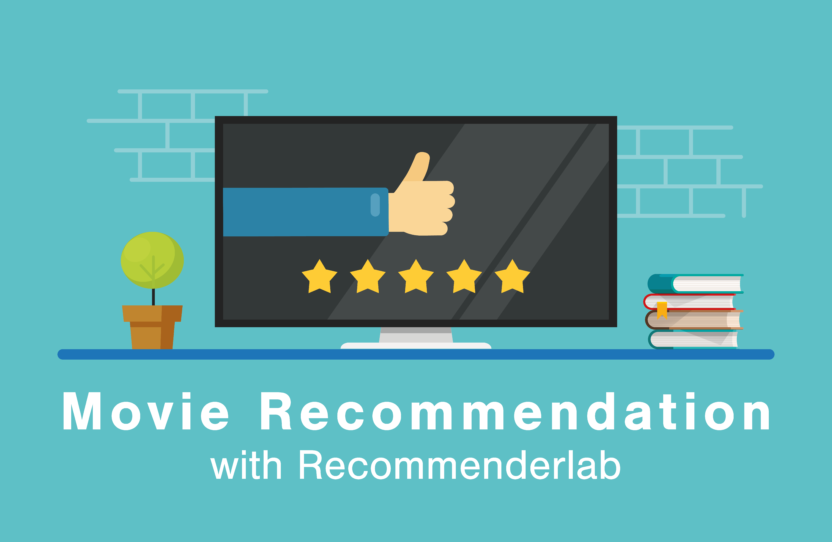 If you love streaming movies and tv series online as much as we do here at STATWORX, you’ve probably stumbled upon recommendations like „Customers who viewed this item also viewed…“ or „Because you have seen …, you like …“. Amazon, Netflix, HBO, Disney+, etc. all recommend their products and movies based on your previous user behavior – But how do these companies know what their customers like? The answer is collaborative filtering.

In this blog post, I will first explain how collaborative filtering works. Secondly, I’m going to show you how to develop your own small movie recommender with the R package recommenderlab and provide it in a shiny application.

There are several approaches to give a recommendation. In the user-based collaborative filtering (UBCF), the users are in the focus of the recommendation system. For a new proposal, the similarities between new and existing users are first calculated. Afterward, either the n most similar users or all users with a similarity above a specified threshold are consulted. The average ratings of the products are formed via these users and, if necessary, weighed according to their similarity. Then, the x highest rated products are displayed to the new user as a suggestion.

For the item-based collaborative filtering IBCF, however, the focus is on the products. For every two products, the similarity between them is calculated in terms of their ratings. For each product, the k most similar products are identified, and for each user, the products that best match their previous purchases are suggested.

Those and other collaborative filtering methods are implemented in the recommenderlab package:

Developing your own Movie Recommender

To create our recommender, we use the data from movielens. These are film ratings from 0.5 (= bad) to 5 (= good) for over 9000 films from more than 600 users. The movieId is a unique mapping variable to merge the different datasets.

In order not to let individual users influence the movie ratings too much, the movies are reduced to those that have at least 50 ratings.

Under the assumption that the ratings of users who regularly give their opinion are more precise, we also only consider users who have given at least 50 ratings. For the films filtered above, we receive the following average ratings per user:

You can see that the distribution of the average ratings is left-skewed, which means that many users tend to give rather good ratings. To compensate for this skewness, we normalize the data.

To train our recommender and subsequently evaluate it, we carry out a 10-fold cross-validation. Also, we train both an IBCF and a UBCF recommender, which in turn calculate the similarity measure via cosine similarity and Pearson correlation. A random recommendation is used as a benchmark. To evaluate how many recommendations can be given, different numbers are tested via the vector n_recommendations.

We then have the results displayed graphically for analysis.

We see that the best performing model is built by using UBCF and the Pearson correlation as a similarity measure. The model consistently achieves the highest true positive rate for the various false-positive rates and thus delivers the most relevant recommendations. Furthermore, we want to maximize the recall, which is also guaranteed at every level by the UBCF Pearson model. Since the n most similar users (parameter nn) are used to calculate the recommendations, we will examine the results of the model for different numbers of users.

Our user based collaborative filtering model with the Pearson correlation as a similarity measure and 40 users as a recommendation delivers the best results. To test the model by yourself and get movie suggestions for your own flavor, I created a small Shiny App.

However, there is no guarantee that the suggested movies really meet the individual taste. Not only is the underlying data set relatively small and can still be distorted by user ratings, but the tech giants also use other data such as age, gender, user behavior, etc. for their models.

But what I can say is: Data Scientists who read this blog post also read the other blog posts by STATWORX.

Here you can find the Shiny App. To get your own movie recommendation, select up to 10 movies from the dropdown list, rate them on a scale from 0 (= bad) to 5 (= good) and press the run button. Please note that the app is located on a free account of shinyapps.io. This makes it available for 25 hours per month. If the 25 hours are used and therefore the app is this month no longer available, you will find the code here to run it on your local RStudio. 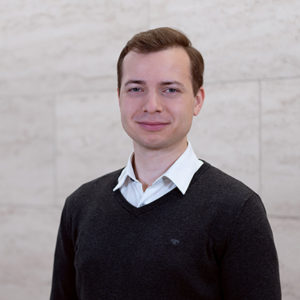 I am a data scientist at STATWORX who likes to make smart data-driven solutions and to put ML models into production to solve real-world problems.