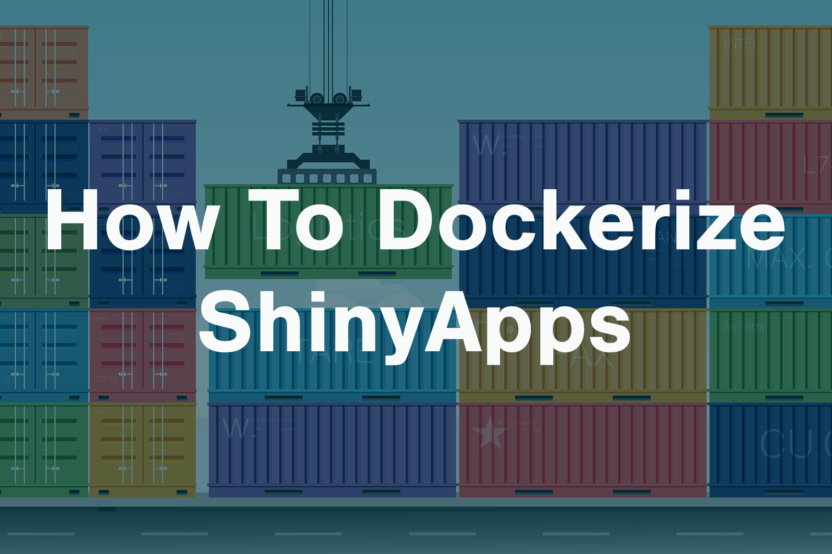 In my previous blog post, I have shown you how to run your R-scripts inside a docker container. For many of the projects we work on here at STATWORX, we end up using the RShiny framework to build our R-scripts into interactive applications. Using containerization for the deployment of ShinyApps has a multitude of advantages. There are the usual suspects such as easy cloud deployment, scalability, and easy scheduling, but it also addresses one of RShiny’s essential drawbacks: Shiny creates only a single R session per app, meaning that if multiple users access the same app, they all work with the same R session, leading to a multitude of problems. With the help of Docker, we can address this issue and start a container instance for every user, circumventing this problem by giving every user access to their own instance of the app and their individual corresponding R session.

If you’re not familiar with building R-scripts into a docker image or with Docker terminology, I would recommend you to first read my previous blog post.

So let’s move on from simple R-scripts and run entire ShinyApps in Docker now!

Setting up a project

It is highly advisable to use RStudio’s project setup when working with ShinyApps, especially when using Docker. Not only do projects make it easy to keep your RStudio neat and tidy, but they also allow us to use the renv package to set up a package library for our specific project. This will come in especially handy when installing the needed packages for our app to the Docker image.

For demonstration purposes, I decided to use an example app created in a previous blog post, which you can clone from the STATWORX GitHub repository. It is located in the „example-app“ subfolder and consists of the three typical scripts used by ShinyApps (global.R, ui.R, and server.R) as well as files belonging to the renv package library. If you choose to use the example app linked above, then you won’t have to set up your own RStudio Project, you can instead open „example-app.Rproj“, which opens the project context I have already set up. If you choose to work along with an app of your own and haven’t created a project for it yet, you can instead set up your own by following the instructions provided by RStudio.

Setting up a package library

The Dockerfile is once again the central piece of creating a Docker image. We now aim to repeat this process for an entire app where we previously only built a single script into an image. The step from a single script to a folder with multiple scripts is small, but there are some significant changes needed to make our app run smoothly.

The first difference is in the base image. Because we’re dockerizing a ShinyApp here, we can save ourselves a lot of work by using the rocker/shiny base image. This image handles the necessary dependencies for running a ShinyApp and comes with multiple R packages already pre-installed.

It is necessary to copy all relevant scripts and files for your app to your Docker image, so the Dockerfile does precisely that by copying the entire folder containing the app to the image.

We can also make use of renv to handle package installation for us. This is why we first copy the renv.lock file to the image separately. We also need to install the renv package separately by using the Dockerfile’s ability to execute R-code by prefacing it with RUN Rscript -e. This package installation allows us to then call renv directly and restore our package library inside the image with renv::restore(). Now our entire project package library will be installed in our Docker image, with the exact same version and source of all the packages as in your local development environment. All this with just a few lines of code in our Dockerfile.

Starting the App at Runtime

At the very end of our Dockerfile, we tell the container to execute the following R-command:

The first argument allows us to specify the file path to our scripts, which in our case is ./app. For the exposed port, I have chosen 3838, as this is the default choice for RStudio Server, but can be freely changed to whatever suits you best.

With the final command in place every container based on this image will start the app in question automatically at runtime (and of course close it again once it’s been terminated).

With the Dockerfile set up we’re now almost finished. All that remains is building the image and starting a container of said image.

We open the terminal, navigate to the folder containing our new Dockerfile, and start the building process:

After the building process has finished, we can now test our newly built image by starting a container:

Now that you have your ShinyApp running inside a Docker container, it is ready for deployment! Having containerized our app already makes this process a lot easier; there are further tools we can employ to ensure state of the art security, scalability, and seamless deployment. Stay tuned until next time, when we’ll go deeper into the full range of RShiny and Docker capabilities by introducing ShinyProxy. 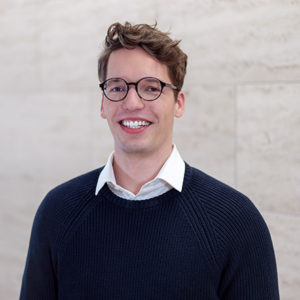 As a writer at STATWORX I let data tell stories – the shinier the better!